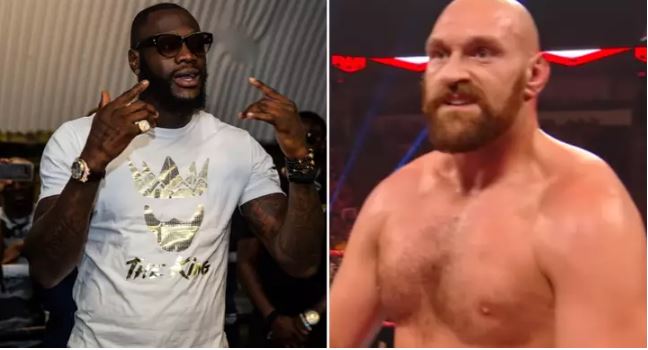 Tyson Fury has claimed that he was picked to join WWE and not heavyweight champion rival Deontay Wilder because the American is ‘boring’ and doesn’t have ‘charisma.’

At the end of 2019 Fury took a break from boxing and entered the world of WWE, having a fight against Braun Strowman at the Crown Jewel even in Saudi Arabia.

The Gypsy King first appeared on Smackdown’s debut on FOX television and he used the fact that Wilder is signed to fight on the same tv network as WWE to attack the WBC champion, saying, “Wrestling is for people with charisma and entertaining powers. If WWE wanted him, if he was good enough to be a wrestler, they would’ve chosen him,” he said via Boxing Scene.

“But they chose me. And he’s even with Fox. But they didn’t want him because he sucks. He can’t talk. We already heard him. He’s boring. We wish he would just get to the point [when he speaks] so I can go and have a cup of tea. He’s not entertaining enough. He doesn’t have charisma to be a WWE superstar. That’s the truth.”
Fury will face Wilder for the second time in the ring when they have their rematch on February 22nd, after the controversial decision in their first fight in December 2018.

The undefeated Brit wasn’t expected to win but took Wilder to a decision for only the second time in the American’s career.

Many felt he’d bee the better fighter over 12 rounds despite being knocked down twice, including in the 12th, but the judges returned a split decision draw. 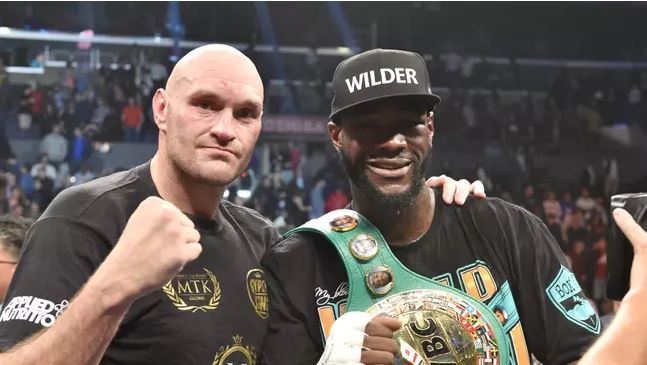 There are rumours that the pair have agreed to fight for a third time should anything other than a Wilder win with no controversies take place.

However Fury also has his eyes on a return to a WWE ring with rumours of facing Lesnar at Wrestlemania at the beginning of April, adding, “When I knockout Deontay Wilder, I want to go to Wrestlemania in April. I want Brock Lesnar. I’d knock him out, 100 percent.”