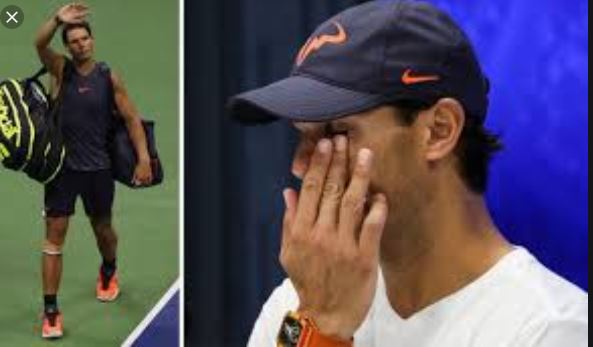 Rafael Nadal was forced to retire in the US Open semi-finals in 2018 but is feeling confident about his health 12 months on.

Rafael Nadal says he is confident his body can cope with the strain of being back on hard courts ahead of the start of his US Open title bid.

But against Juan Martin del Potro, the Spaniard’s chronic knee issues returned and he retired from the match after two sets.

Nadal then missed the rest of the year due to various injuries and in March he had another setback as he withdrew from the Indian Wells semi-finals with a recurrence of his knee problems.

Since then though, Nadal has been injury-free, coming through the clay and grass season unscathed.

And he made the ideal start to his summer hard court season by winning the Rogers Cup in
earlier this month.

Speaking in his pre-US Open press conference, Nadal was pressed about his past injury problems and he insisted he was feeling better than he did in 2018 and was practising well.

“Last year, honestly, I was not that bad. Of course, my feeling on the knees are better this year than last year.

“That’s tough. Then happened in that semi-finals the thing with the knee. I hope to be ready for it. I think I am playing well. I am practising the right way during these days.

“Hopefully remain [a] couple of days of good practises. Let’s see if I’m able to make that happen.”

Nadal will play Australian John Millman in the first round and the draw has kept his great rivals Novak Djokovic and Roger Federer on the opposite side.

“I have to win my matches to have an advantage because I can only meet them in the (final),” he said.

“I have plenty of work before that to know if I have an advantage or not. So let’s see if I am able to do my work for my side.”

“Of course, winning in Montreal helps. I am ready for the action.

EXCLUSIVE — What Serena Williams Eats For Breakfast, Lunch, And Dinner — SEE PHOTOS INSIDE