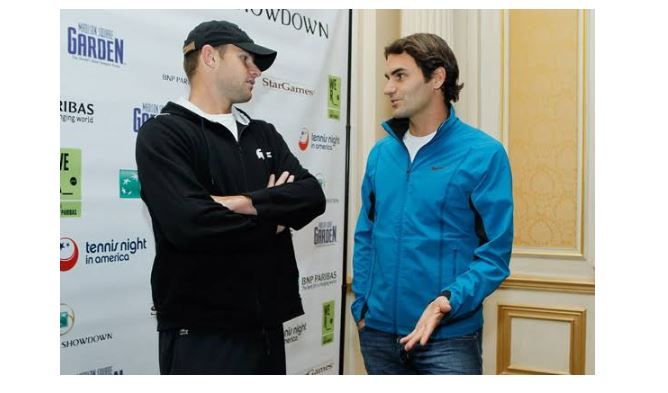 In May 2003, the players had the last preparations for the upcoming Roland Garros in Rome and Hamburg, shaping up their game for the second Major of the season and hoping to carry that form into Wimbledon as well. World no.

5 Roger Federer was among the favorites in the Italian capital, raising the level of his tennis again after a short campaign at the “Sunshine double” and standing where he was in February. Roger won the title in Munich and went to Rome straight away to enter the second Masters 1000 event of the season on clay.

In the opening two rounds, Federer took down Paul-Henri Mathieu and Mariano Zabaleta to advance into the last 16, playing on a high level and winning the last 14 sets on clay in the previous ten days. Asked about the upcoming Roland Garros and Wimbledon where he lost in the first round a year ago, Roger admitted his chances are higher at Wimbledon but also that he still needs to work very hard to earn any Major title, regardless of the surface.

“We all can play only a couple of tournaments on grass during the season. Still, it’s a better surface for me than clay because the rivals are a little bit less dangerous in comparison to those on the slowest surface.

On clay, you have a lot of guys who are very hard to beat at Roland Garros in seven matches over two weeks. I think it’s more difficult for me to win Roland Garros than Wimbledon. But, I’m far from winning any Major at the moment and if you ask me which one I would love to conquer, the answer is any. My game is more suitable for faster courts and that provides the clue; my chances are better at Wimbledon.”

WATCH: When Rafael Nadal Had a Heated Argument With The Umpire