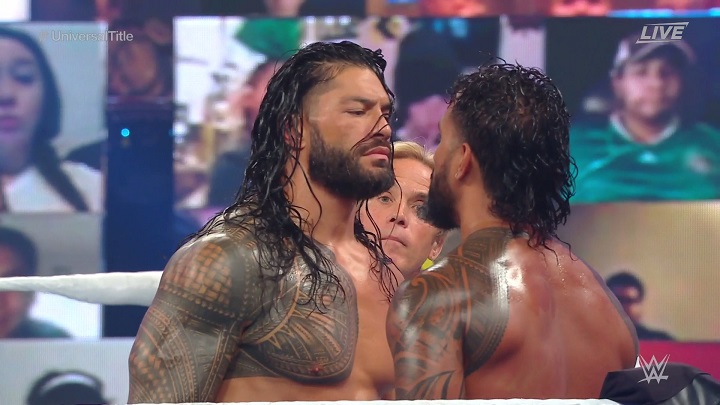 Roman Reigns commented on his Hell in a Cell opponent Jey Uso in an interview with CBS Sports. Reigns talked about how he helped Uso elevate himself from being just a tag-team wrestler to a PPV main eventer.

“He’s never been WWE Champion, I have” – Roman Reigns

@romanreigns still loves @uceyjucey but he has to teach him a lesson at #HIAC! #Smackdown @paulheyman

Roman Reigns said, “I told him he wouldn’t understand what it’s like to be at the top. I say it with love and respect but he’s just a tag team player.”

Reigns further added that Jey does not know what it takes to be a WWE Champion or a WWE Universal Champion.

“I understand the grind and what it takes to maintain that, not only to get there but to maintain it.”

Despite his comments on Jey not being cut out to be a champion, he spoke about how he is making his bloodline proud. According to Roman, he has two perspectives on Jey’s rise to the top.

Roman, the heel champion, thinks he is not fit to be champion, but Joe, the cousin is proud of how far his cousin has come. He even said, “If I talk to you as Joe, I’m just so proud of him.”

The rivalry between the two has become incredibly personal. Reigns’ obsession with being recognised as the ‘Tribal Chief’ has led him to viciously assaulting his cousin on many occasions. 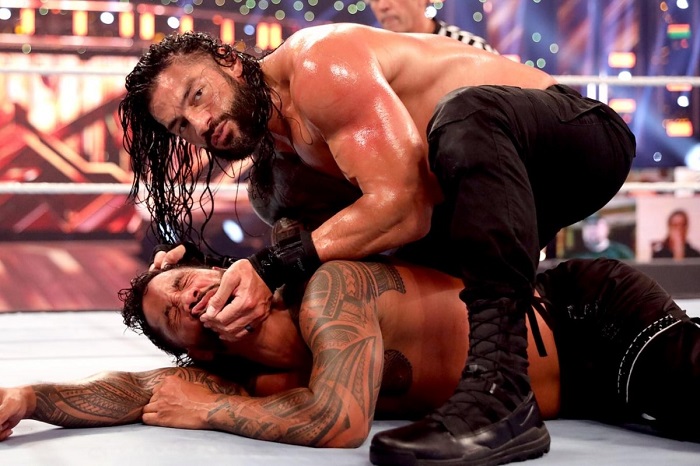 Their match at Clash of Champions came to an end after Jimmy Uso threw in the towel for his twin brother. Roman unleashed a world of hurt upon his cousin in the match.

Reigns and Uso have made it from ‘porch to PPV’

Reigns credits Uso for teaching him the ins and outs of the business. He said, “We were saying before Clash of Champions, ‘From the porch to the pay-per-view.’ He taught me the basics of this business in a ghetto in Tampa on a crappy porch of a crappy apartment.” It is clear the love for each other runs deep. In the ring, however, Reigns brutalised his cousin.

Roman faces Uso in an ‘I Quit’ Hell in a Cell match at the namesake PPV. ‘The Big Dog’ used a guillotine choke to make Braun Strowman submit in their Universal Title match. He will be looking to make Jey quit by using the same hold.

Uso does not have the experience Roman has inside the cell, but his ability to fly around the ring will tire the champion. The clash of styles, as well as the intense storytelling will surely make this match a must-see.