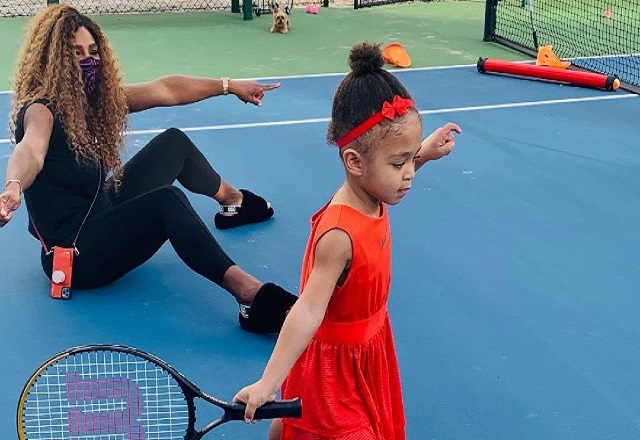 American star Serena Williams recently pulled out of the 2020 French Open due to an injury. It was unfortunate that fans couldn’t see her compete but will be keen to see her back in action soon. She also wants to return but until then, she will be spending time with a very special person – her daughter Olympia!

As you can see, Olympia is practicing her forehand with her mom cheering from the side and probably giving some tips. Her forehand seems to be very solid, which is not surprising given her DNA and the fact that Serena has just signed her up for tennis lessons. She announced it recently and said,

The adventures of Serena and Olympia continue @olympiaohanian @christopherchip @nikecourt

“Guys, I signed Olympia up for tennis lessons. Don’t even start with me, because I’m not giving her tennis lessons. I signed her up for some. But the lady has no idea that it’s my daughter. So, we’ll see how that goes.”

Serena Williams On Her Daughter’s training
After playing tennis for almost 25 years on the WTA Tour, Serena knows the game inside out. She knows what techniques are important for her daughter to learn and she chose her coach based on that. 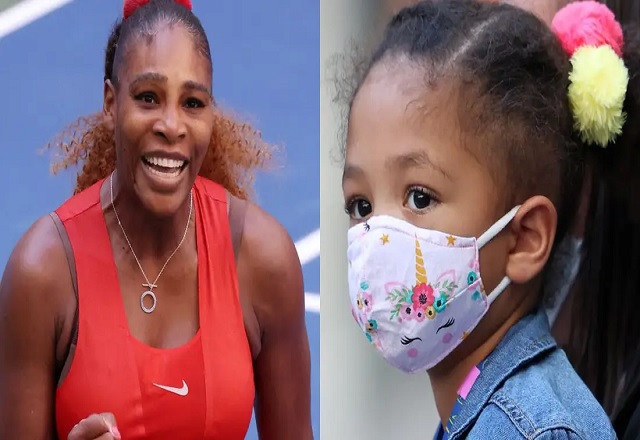 I’m not a pushy mom but I know how I like technique. So, I want to make sure she’s good at teaching Olympia some techniques,” Serena said.

Well, we can comfortably say that Olympia is getting the best training possible. She is currently merely 3 years old but as she is going to get better at tennis and she may become a multiple Grand Slam champion like her mother in the future.