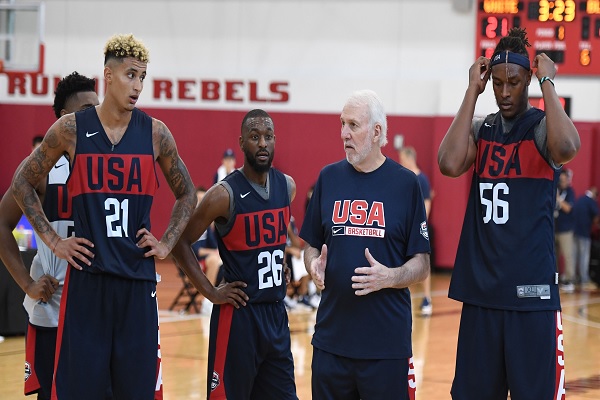 Yet another member of Team USA is electing to sit out for the 2019 FIBA World Cup.

Kings guard De’Aaron Fox has decided to leave the team to focus on taking Sacramento to the playoffs in 2019-20, according to a report from Yahoo Sports, which cites unidentified league sources. Fox is the second member of the team to depart this week, as Rockets forward P.J. Tucker withdrew his name from the roster after suffering an ankle injury.

Fox, 21, is one of the NBA’s rising stars and had an impressive sophomore campaign last year. He was a finalist for the NBA’s Most Improved Player Award in 2018-19, averaging 17.3 points, 3.8 rebounds and 7.3 assists per game.

Fox lost out to Toronto’s Pascal Siakam in the end, but his growth was enough to earn him the opportunity to play for Team USA this summer.

Although stars like James Harden, Anthony Davis, Damian Lillard and others turned playing for the U.S. in this year’s World Cup and the talent pool saw a significant dropoff, Fox likely wouldn’t have gotten much playing time.

If Fox can lead Sacramento to the postseason this year, it will be its first playoff appearance since 2005-06.

NHL rumors 2019: Could Sabres defenseman Rasmus Ristolainen be on the move?