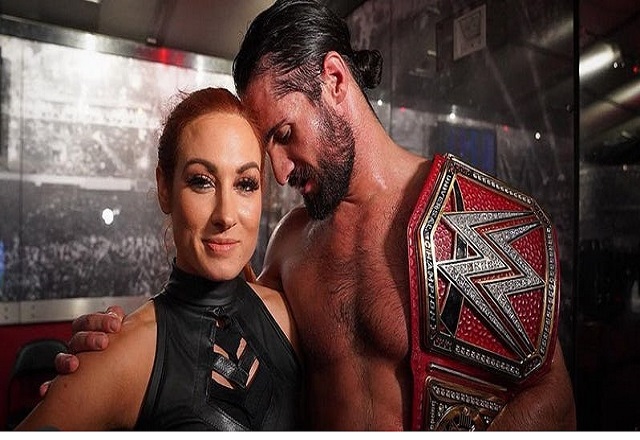 On top of offering pro wrestlers a platform and a paycheck, the WWE also serves as a way for couples to meet.

While there have been plenty of solid romances to come out of pro wrestling—from Triple H and Stephanie McMahon to Daniel Bryan and Brie Bella—there’s been plenty of rocky ones, such as Macho Man Randy Savage and Miss Elizabeth.

While many relationships in the WWE appear stable on the surface, there have been warning signs that indicate a breakup could soon be around the corner. All couples below have some affiliation with the WWE and may not be together by the time 2020 rolls around. After the engagement ended between her and John Cena, Nikki Bella found a new man. Many wonder if Artem Chigvintsev is the real deal for Nikki though, or if he’s just a rebound. Although the two have made their relationship official, what happens next will be critical to determining whether their relationship has what it takes to last. Alexa Bliss recently got attention for dating Braun Strowman. What raised eyebrows, as per Wrestling News Plus, were rumors she hadn’t even parted ways with Buddy Murphy yet. If the rumors are true, it could mean that Strowman is just a fling and that Bliss might not be in it for the long-term. Seth Rollins and Becky Lynch may seem like the perfect couple, but there’s been a sign or two that things are rockier than they seem on the surface. In an interview with TV Insider, Rollins said of his relationship with Lynch: “You’re putting yourself out there and your relationship out there for everybody to judge. That’s not easy.” While fans hope the two can roll with the punches, they may not last Paige is already enjoying retirement with her new boyfriend, Ronnie Radke, a musical artist. Ringside News reports that she had previously dated Kalan Blehm, also a musical artist. Before that, it was Alberto El Patron, a wrestler. Only time will tell if Radke is just a rebound from those last relationships, or whether he’s really the one.