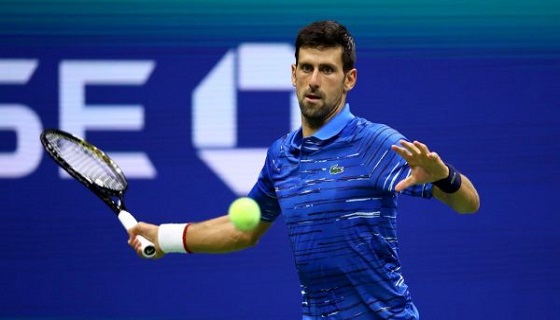 Defending champion Novak Djokovic insisted there are no clear favourites for the next week’s Australian Open despite his ominous start to the season. The world No 2 was in fine touch at the ATP Cup, leading Serbia to victory over 23 other nations in the new men’s team event, overpowering Davis Cup champions Spain in the final in the early hours of Monday. His march included wins over dangerous Canadian Denis Shapovalov, world No 5 Daniil Medvedev and his long-time rival, the top-ranked Rafael Nadal. Despite this, and Djokovic’s dominance at Melbourne Park, where he has won the season-opening Grand Slam seven times since 2008, the Serb said there were plenty of players capable of being crowned champion.
“Look, the last hardcourt Grand Slam was in New York, and Rafa won it,” he said of the US Open final where Nadal edged Medvedev in five sets. “So, you know, I think it’s really open, the Australian Open or any other Slam.

“I don’t think there are really clear favourites. You have obviously Federer, Nadal, myself because of the experience and everything and the rankings that we get to be probably named the top three favourites.

“But then you have Medvedev, (Stefanos) Tsitsipas, Dominic Thiem that are really showing some amazing tennis.”

Roger Federer reacts after Zverev calls him, Nadal, and Djokovic the ‘old guys’