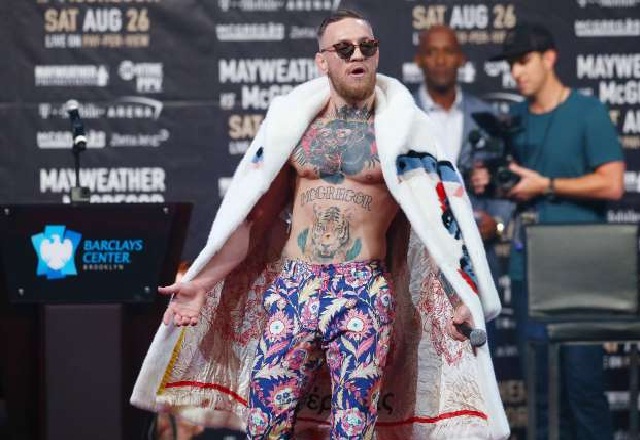 Conor McGregor is one of the world’s most famous sportsmen and he takes his role as a public entertainer seriously. The Ultimate Fighting Championships star attended a pal’s wedding in Ravello, Italy in a statement shirt.

Picking a designer item – a silk Versace shirt from the brand’s Lunar New Year collection – is standard McGregor, and he certainly stood out in the congregation. His loyal wife Dee Devlin looked more wedding-guest appropriate in a black floral dress and was pictured by McGregor’s side.

We hope the photographer gets a better shot for the happy couple because at one point the fighter’s wife had to get something in her hair. The couple definitely stood out.

The bride and groom will no doubt treasure this snap forever.

Conor, 31 and Dee have been taking a much-needed holiday in Italy, after Conor got himself into trouble for punching an elderly man in a bar in Dublin back in April. He since apologised telling ESPN: ‘I was in the wrong. That man deserved to enjoy his time in the pub without having it end the way it did. I must come here before you and take accountability and take responsibility. 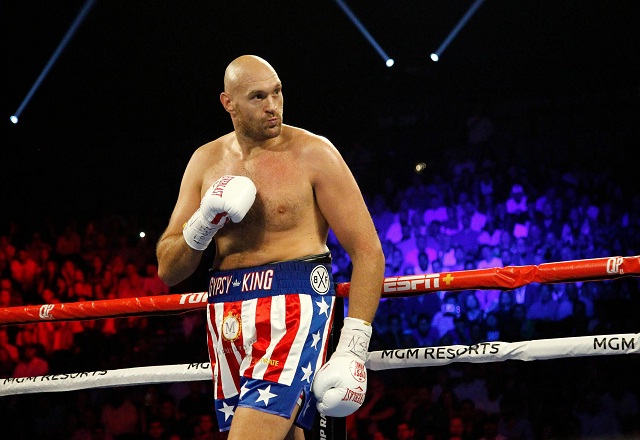 I owe it to the people that have been supporting me.’ Meanwhile, Conor recently offered to host a fight between Justin Bieber and Tom Cruise after a sensation challenge from the singer.

He tweeted: ‘If Tom Cruise is man enough to accept this challenge, McGregor Sports and Entertainment will host the bout. Does Cruise have the sprouts to fight, like he does in the movies? Stay tuned to find out!(sic)’ And Conor also suggested another bout that could take place on the same evening, between himself and another Hollywood star, Mark Wahlberg.

He added: “I challenge Mark Walhberg on the very same card. ‘Back when mark wahlberg was marky mark, I’d’ve still slapped the ears off him and took my ufc shares back. #Shares #Streams #Dazn #Espn McGregor Sports and Entertainment (c).’ Tom has yet to comment on the offer, but if he does rise to the challenge, many fans on Twitter were backing him to triumph over Justin.