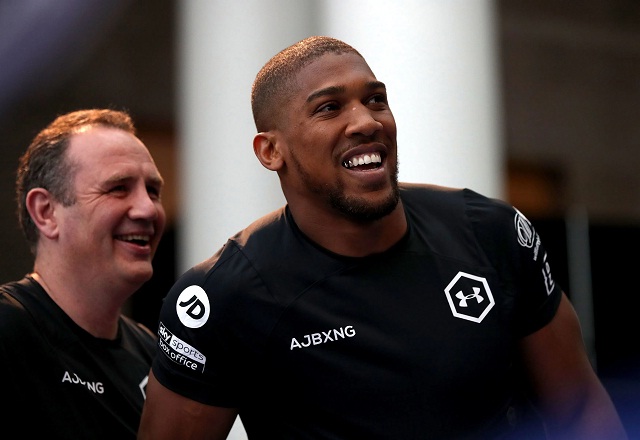 While shooting for a new campaign with Lucozade, the 25-year-old presenter shared a selfie with the boxer on Twitter, captioning the post: ‘Working with this one today @anthonyfjoshua.’

She even shared some behind the scenes videos from the shoot over on Instagram Stories, sitting with Anthony on the side of the boxing ring before taking some tips from the former world heavyweight champ.

‘Right, so he’s teaching me how to fight,’ she told her one million Instagram followers as she joked around with Anthony.

Coming just a week since Maya ended her four-year relationship with British grime superstar Stormzy, fans of the presenter were hyped to see the pair working together and started shipping them immediately.

‘We love to see it,’ one follower wrote, while another added: ‘The new power couple, early stages.’ 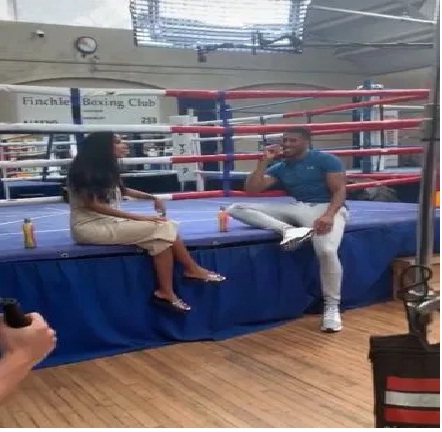 Anthony Joshua teaching Maya Jama how to box and the internet has gone into a meltdown.

Romantic couple or not, many theorised that posting a picture with the boxing champion only seven days after confirming her split from Stormzy in the wake of cheating rumours was a real power move on Maya’s part, with one fan commenting that Maya ‘knows what she’s doing.’ 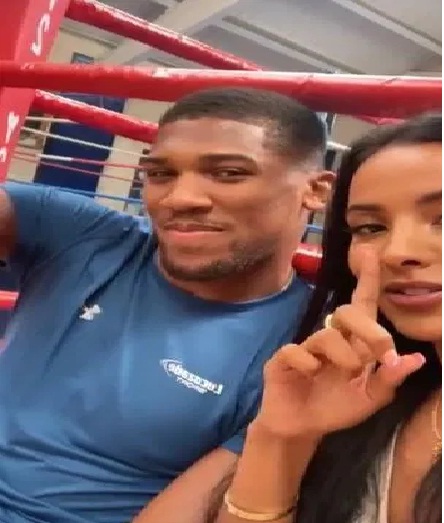 Stormzy and Maya’s split came as a shock to the world, as the couple had celebrated Maya’s 25th birthday party in Hackney the weekend prior to the shock announcement. However, a publicist for the Vossi Bop musician confirmed on Wednesday that the couple had gone their separate ways, later denying the rumours that Stormzy had cheated on Maya with singer Jorja Smith.