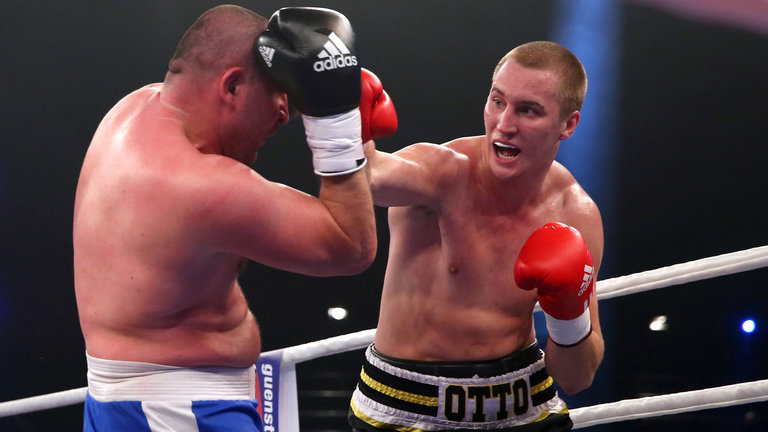 Tyson Fury will face unbeaten Swedish heavyweight Otto Wallin at the T-Mobile Arena in Las Vegas on September 14. The September schedule has caused some negative speculations in the mind of supporters of Fury as at the time of announcement.

The Gypsy King has agreed terms with the 28-year-old, who was in the mix to face Anthony Joshua as a late replacement for Jarrell Miller on June 1.

Wallin, who has a perfect 20-0 record with 13 KOs, had a strong amateur career in Sweden and made his US debut against Nick Kisner in April.

The fight ended as a no contest after an accidental head clash in the first round damaged Kisner, but Wallin has landed a shot at Fury.

After demolishing German prospect Tom Schwarz in June, Fury has opted for a similar type of opponent who is far from a household name in the second fight of his $100m ESPN deal. The Manchester-born star set to be heavy favourite to come through his latest test unscathed to set up his rematch with Deontay Wilder in early 2020. Fury said: “I am pleased to be back in Las Vegas. I loved my time there in my last fight and am going to put on a show again.

“Otto Wallin is a world-ranked fighter and is tall, something we want with the Deontay Wilder rematch around the corner.

“He is also a southpaw, which will bring its own obstacles, but I will be fully focused to get this job done because the rematch needs to happen.”

Wallin, a 6ft 5inch southpaw with a 78 inch reach, will be facing by far the biggest clash of his career, which has featured wins against largely unknown fighters in Scandinavia. fury vs otto wallins in september

he Swede said: “This is the type of fight I’ve been waiting for since I was a kid and my father started showing me some boxing moves in our kitchen.
“I’ve made a lot of sacrifices to get to this point. and I’m very happy it’s starting to pay off. I want to thank my team and my supporters for making this happen.

“I know I’m an underdog in this fight, but I’m ready for this opportunity and I’m going to grab it with both hands.

“Anybody can get beat and especially in the heavyweight division. I like the fact that I have everything to gain and Tyson has everything to lose.”