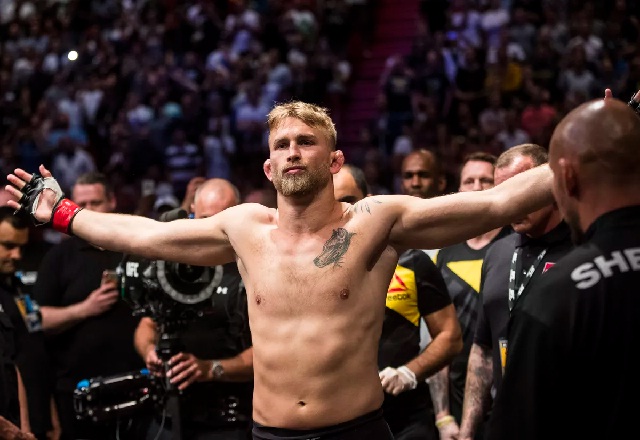 Hold your horses, Alexander Gustafsson might not be done after all.

Earlier this year, after suffering a comeback loss to Anthony Smith at UFC Stockholm, Gustafsson officially retired from MMA, saying that he competed in MMA to be the best and he no longer felt that was in him. It was a shocking revelation from the perennial light heavyweight contender and now it might not be the case.

Speaking with MMAViking at his gym, Allstars Training Center, in Stockholm, Gustafsson revealed that he’s in talks with the UFC about coming back and that the feelings he had about retiring went away pretty quickly.

“I’m talking with the UFC, we are going back and forth,” Gustafsson said. “It came quite fast… I was home for a couple days, and I had itching in my hands and wanted to get back and train.”

Perhaps instead of a full blown retirement, all Gustafsson really needed was some time off, away from the pressures of the fight game. After all, the Swedish star is only 32 years old and is still considered one of the best light heavyweights in the game. However, Gustafsson jokes that he might not be a 205er anymore after his summer off and that he’s not sure if he’ll return as a light heavyweight or a heavyweight.

“I’m about 240-245 lbs. I’m a heavyweight right now” Gustafsson said about his weight. “I’ve had a good time with family and friends. It has been a good two and half months. I am in no man’s land. I just want to train and get into shape. Let’s see how it goes.”

A move to heavyweight could be just what Gustafsson needs to rejuvenate his career, having already lost twice to light heavyweight king Jon Jones. But before he goes for that, Gustafsson says there’s one guy he’d particularly be interested in fight, former middleweight champion Luke Rockhold.

“Luke Rockhold would be a good payday,” Gustafsson said. “Would love a fight. A fight against Luke would be a great way to comeback. He is a tough guy, a legend.”

Earlier this year, Rockhold had been calling out Gustafsson for his move to 205 pounds. Gustafsson responded, calling Rockhold chinny and saying he’d be happy to oblige him. But instead, Rockhold faced Jan Blachowicz and proved Gustafsson’s words true when he was knocked out cold in the second round. Now though, with Gustafsson himself coming off two losses in a row and retirement, the fight would make more sense and give Gustafsson a chance to work things out.

“We are trying to figure out what I do wrong in competitions,” Gustafsson said. “I felt so good before the last fight. Something is not right, and I need to fix it.”

Given his recent run, Luke Rockhold might be the perfect opponent to help him do just that.